The Great Debate: Will there be a correction in the Vancouver Real Estate Market?

TORONTO — Vancouver and Toronto home prices will probably experience a relatively mild downturn — of about 15 per cent — in two to three years, but not the dramatic drop that hit the United States a few years ago, according to a report by the Toronto-Dominion banking group.

TD said Monday the 15 per cent decline in Canada's two most expensive cities is likely in a few years but it will be gradual, rather than the sudden drop of 30 per cent seen in the U.S. real estate market after it peaked in late 2007.

The bank's analysis is consistent with other warnings that Vancouver and Toronto real estate is generally overpriced, but supported by low interest rates and a stable economy.

That's not likely to change this year unless there's a major economic shock from outside the country, the TD report said.

"Some observers might point to the recent data in Vancouver as evidence that housing activity is going through a long-awaited correction. But the jury remains out. As we've pointed out, despite the recent pull-back in sales, the market remains in balanced territory and underlying prices are continuing to expand," wrote TD economists Derek Burleton and Leslie Preston.

"In our view, Vancouver's market is likely to show increased stability over the remainder of this year. Meanwhile, there appears to be little stopping Toronto's market from recording robust gains and continuing to play catch-up with its West Coast counterpart."

They said the market segment that's at greatest risk in both cities is condominiums, but suggested there may be enough demand to absorb the new supply that has been built in recent years or currently under construction.

Referring to data supplied by Canada Mortgage and Housing Corp., the report says between 20 and 25 per cent of condominiums in Toronto and Vancouver are bought by investors who plan to rent them out.

"For now, the rental markets in Toronto and Vancouver are both quite strong with low vacancy rates, helping to mitigate the risks in the near term. Farther out it depends on the underlying strength of the economy and migration into each city," the report said.

"Nonetheless, even if demand stays robust, we suspect that a share of the bulge in units currently under construction will remain unsold and lead to growing inventories."

The housing market has been driven by historically low interest rates, which appear to be continuing to fuel the robust building pace despite economists' expectations of some softening.

Super-low mortgage rates and high demand have driven housing sales and prices higher, especially in large urban centres such as Toronto and Vancouver, particularly in the hot condo market.

However, CMHC has said the condo trend is not sustainable and many analysts agree.

Some economists have warned this frenzied pace of building could leave a glut of supply on the market if demand weakens.

The Bank of Canada and federal Finance Minister Jim Flaherty recently stepped up their warnings to Canadians to moderate borrowing on real estate, declaring household debt to be the domestic economy's number one enemy.

This entry was posted on June 12th, 2012 | Posted in Market Updates 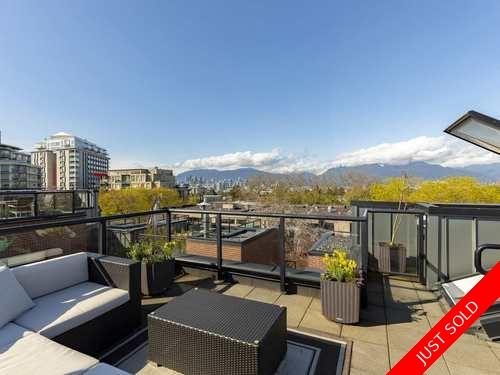